People of Hualien, why aren’t you pissed off?
台灣蠻野心足生態協會翻譯

Do we build the Suhua Highway? While that question remains open it is certain that as the legislative elections approach there will be endless debate with all eyes on the vote, regardless of what might be the right thing to do or the right stand to take.

Recently, the Vice Chairman of Hualian County’s Legislative Assembly slandered and harassed of some members of the Hualian Dreamers’ Union (洄瀾夢想聯盟), professors of Donghua University and National Hualian Teachers College. Their problem? They dared to publicly oppose the Suhua Highway! Once again we see how politics in Hualian try to snuff out any meaningful discussion of issues. It worked in the past when people spoke out against the cement factories in Hualian, it worked when people spoke out against the eradication of Hualian’s ocean shoreline with the cement blocks that are ostensibly used to prevent erosion but which are just one more subsidy for local politicians in cahoots with the cement and construction companies. With wave after wave of defeat we watch our mountains and waters (of which the people of Hualien are said to be so proud) disappear.

Some countries that promote tourism place a premium on areas along the ocean coast. Here in Hualian tourists can be sure to see the 2 or 3 dump trucks passing by every minute of the day laden with gravel and soil gouged out of the Central Mountains, the riverbeds and wherever else they can – whether with or without government license. Foreigners that have pedaled the bicycle trail that leads to at Seven Star Beach (七星潭) pass by one of our monuments to stupidity, Taiwan Cement factory, and then have to hold their noses as they pass by a section of steep slope inhaling the stench of trash from the landfill. To think this could have been a surfer’s paradise. Once not-so-long-ago pristine beaches are now covered with concrete blocks and several times a week we are awakened late at night by the stench of the emissions from the Chung Hua paper pulp factory.

People of Hualian: Why aren’t you pissed off?

The answer lies in the fact that, in the development of the so-called ‘Hinterlands’ (後山) of Hualian, Taiwanese who migrated here from all over Taiwan have always been seen as outsiders. With local employment being limited, military, civil and teaching personnel have formed the main group of white-collar employees in the area. The first to appear at any local environmental incident are inevitably a few somewhat more alert white-collar workers, or a group of foreigners or artists who have been living there in reclusion for some time. These voices are quickly dismissed or marginalized as representative only of occasional visitors, those who have no understanding of the local suffering. That’s not enough, for threats by developers and their political protectors are common. This labeling process makes sensible environmental suggestions tantamount to sacrificing the poor and underprivileged local people of Hualian. Not a bad strategy: pit the rich against the poor, the natives against the non natives and then sit back and rack in your profits from the stolen commons or kickbacks for having protected the industry of Hualian. Support for the local environmental movement has been all but eradicated.

Many still believe that building roads will naturally bring prosperity. Perhaps we should ask: Who will prosper? Who defines what is prosperity? At what price? So many roads have been widened throughout Hualian without bringing any improvement in local conditions; rather we see a higher incidence of road deaths, disruption of social patterns and a number of other undesirable consequences. Is anyone discussing these issues?

Colleges and universities throughout Taiwan were established for the same purpose colleges and universities are established elsewhere: to play some role in balanced development throughout the country, to facilitate the prosperity of the locale. We take resources from society and should use them for the benefit of society. If Hualian wants to develop, we should encourage even more professors to come out into the community and integrate their research and teaching into the community. Attacking, threatening, harassing and suppressing those professors that have a strain of social conscience hardly seems appropriate.

Finally, if you really believe that Hualien is our last remaining sukhavati, tell your friends in Hualian that we should treasure what we have - for the sake of Hualien, and for the sake of Taiwan.

Chen Yi-ling is assistant professor of Social Education at National Hualian Teachers College, a member of the Taiwanese Feminist Scholars Association. This article first appeared in the China Times on 5 October 2004. She has graciously agreed that Wild may translate and publish the article on our website. 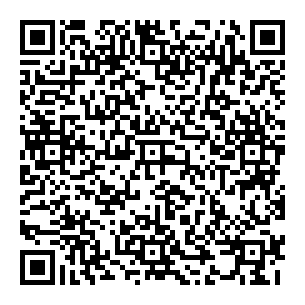